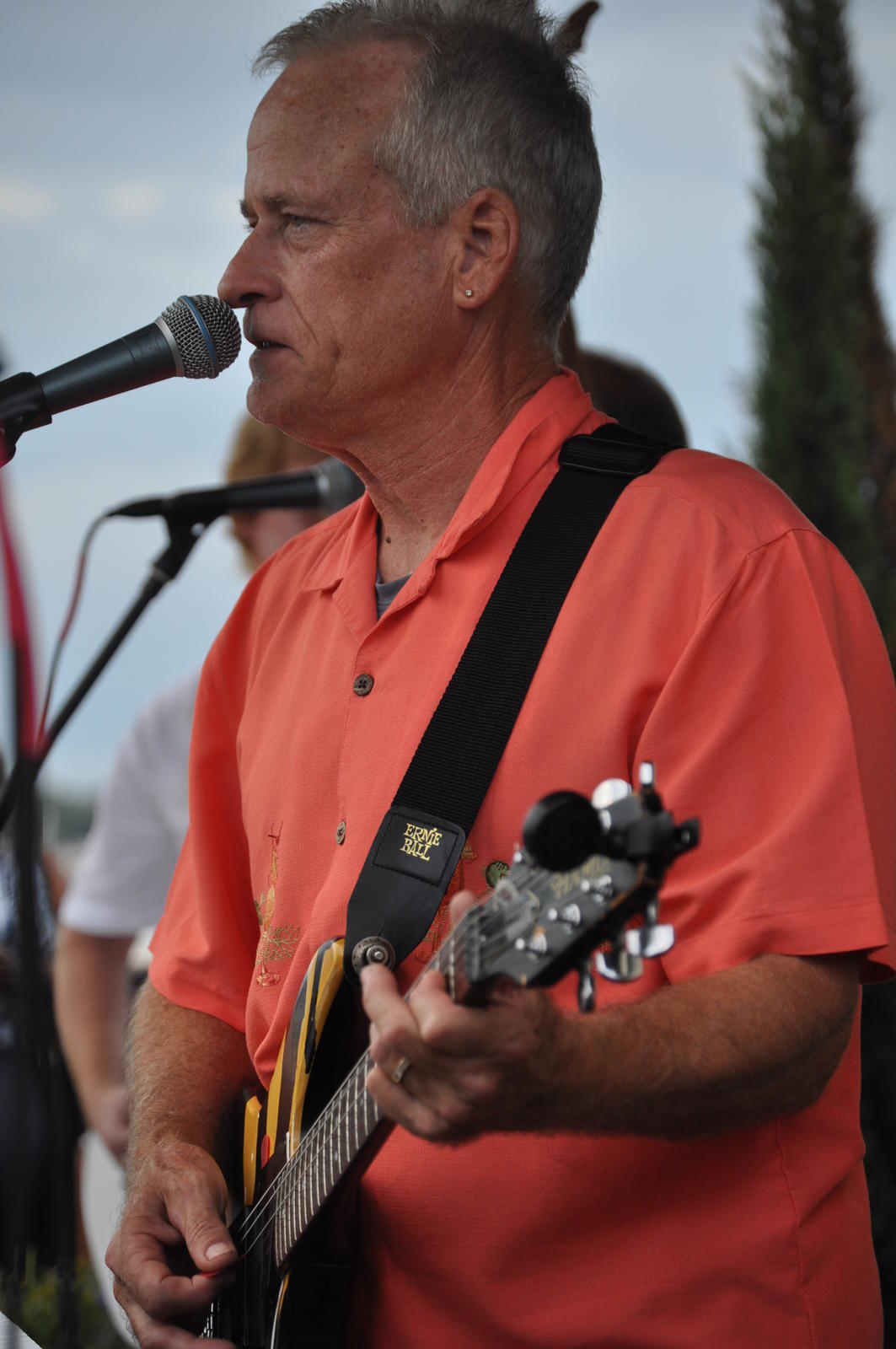 Growing up in a musical family with five kids Tom learned to play many instruments at an early age – there was always one lying around. He wrote a song on ukulele before starting elementary school, learned “Louie, Louie” on piano (much to his Mother’s chagrin) at around age 6 and used to help an older friend who had a band figure out the changes to CCR tunes.

At a summer band program across the street from his house he learned to play drums, flute and clarinet. Upon entering Jr. High the same band director who led the summer sessions needed trombonists. So Tom played trombone all the way through college at Jacksonville University and beyond. Not only did he earn a scholarship with the horn, he also played tympani and cello in the orchestra for tuition credit. He was in virtually every ensemble JU had: the jazz vocal octet, the choir and concert choir (again for scholarships), orchestra, band, jazz band and trombone ensemble.

A favorite set of photos from his time at JU was when the college of music did a combined orchestra and chorus event performing tunes from Gershwin and the like. The choir picture was taken while he was with the orchestra, so his chair is empty. The orchestra picture was a limited size, so the bass drum he was playing barely shows but he was out of frame. Versatile and invisible.

Tom has played shows with such jazz greats as Dave Brubeck, Maynard Ferguson, Andy Williams and Benny Goodman and was also in a production with Bob Hope. He has toured – in different bands – 34 different states and Cuba with lengthy stays in New York City and New Orleans. He can play nearly any musical style and is very at home on keyboards, guitar, vocals, bass guitar and trombone.

In his own words:

One of my greatest joys is getting to play my own compositions with Ain’t Too Proud to Beg. Something about watching a song grow from conception to realization with each player adding their personal touch makes the song a living thing and lets everyone have an interest in the final outcome.

“Must Be My Fault” was written as a tongue-in-cheek send-up of a blues motif, but works very well as a mea culpa for all things. Who else’s fault could it be?

“Get Used to It” espouses all the annoying things one could possibly do to pester a mate. Hey, “You Always Hurt the One You Love” was already taken.

Our latest effort, “The Same Three Words” follows my songwriting style of never really saying outright the thing that is the most obvious. While still in production, the guys have really added a lot to the overall feel and groove of this song.

Ain’t Too Proud to Beg is easily the most satisfying group I’ve been associated with in a very long time. We take our music seriously – just not ourselves. We will buckle down and learn the most intricate song and yet have the joie de vivre to riff on “Walk This Way” country-style. You should hear our Beatles medley.

I can’t say, “You have to eat”, like a restaurant would to get you to come in. But if you like great music, dancing, partying with friends and such, check out one of our dates. OK, if you’re gonna drink, come do it with us. There. I said it. It beats drinking alone.